Truth: Cherry is a great fruitwood for smoking 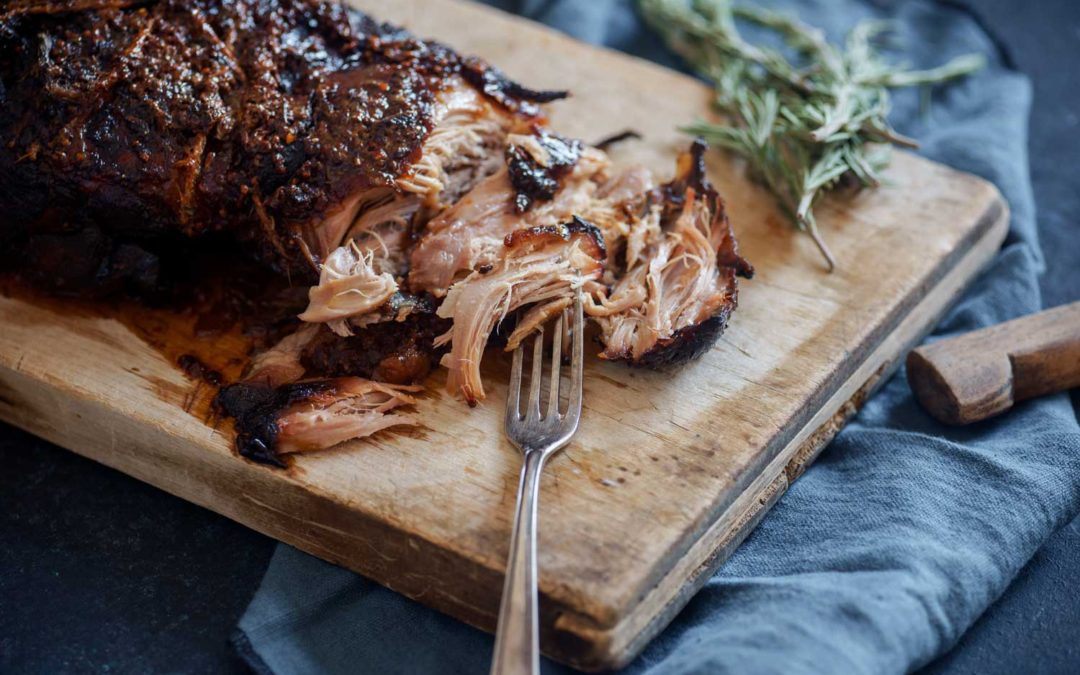 Honestly, smoking with cherry wood pellets is a grand idea

There’s something about cherry that encourages forthrightness — remember the folk story* of the young George Washington owning that chopped-down cherry tree? You can believe pretty much every good thing you hear about cherry trees, their fruit their wood.

Cherry trees mature quickly and produce their first crop of fruit within three to four years of planting in the orchard. Their sensitivity to damage from rain and hail, plus the costs of irrigation, spraying and labor, make cherries a relatively expensive fruit crop, but their popularity justifies the investment. The two main cultivated species are the ones we eat fresh and others we cook: sweet cherries (P. Avium) and sour cherries (P. Cerasus). Both originated in Europe and Western Asia and grow in temperate regions of the US.

Sweet cherry crops grow mainly in Washington, California, Oregon, Wisconsin, and Michigan. The list of sour cherry-producing states leads with Michigan, followed by Utah, New York and Washington. The Cherry Capital of the World, Traverse City, Michigan, hosts the National Cherry Festival every summer and vies with nearby Charlevoix in trading off the title for the world’s largest cherry pie. (One recent report mentions the Guinness Book of World’s Records marker in Traverse City for a pie weighing 28,350 lbs and measuring 17′ 6″. Both cities exhibit giant pie pan roadside attractions, which might inspire some summer travel ideas.)

Cherry is edible and beyond… Because of its rich color and fine grain, cherry wood finds use in interiors and furniture — flooring, cabinetry, tables, desks and chairs.

Cherry blossoms inspire admiration around the world, figuring in haiku poems and art from Japan. In Washington, DC, the nonprofit National Cherry Blossom Festival “commemorates the 1912 gift of 3,000 cherry trees from Mayor Yukio Ozaki of Tokyo to the city… and celebrates the enduring friendship between the people of the United States and Japan.” Today’s Festival spans four weeks and welcomes more than 1.5 million people. (It’s a favorite spring tourism adventure and you’re invited!)

Cherry wood adds a sweet and medium-smoky flavor suited to proteins ranging from beef and pork through duck, chicken and fuller-flavored seafood. The smoke also brings an appetizingly rich brown color to the surface of the foods for which it’s used.

To bring cherry taste to your wood pellet grilling, grab a bag of Griller’s Gold Fruitwood, Cherry or Competition Blend at your local retailer or on Amazon.

And for a perfect dessert after your cherry-smoked entrée, bake a pie using this homemade cherry pie filling. It requires just five ingredients, including fresh cherries. Baker Veena Azmanov also suggests cherry pitting tools in this piece, in case you want some new gear to enhance your culinary game.

*Somewhat ironically, the George Washington cherry tree ‘I-cannot-tell-a-lie…’ story isn’t true. According to mountvernon.org, the tale was added only in the fifth edition of the early biography, The Life of Washington. The author, Mason Locke Weems, was an itinerant minister who wanted to credit Washington’s public greatness to his private virtues, including honesty. So he fabricated this account to make Washington a role model for youth.